Just How Serious is This Upcoming Election? 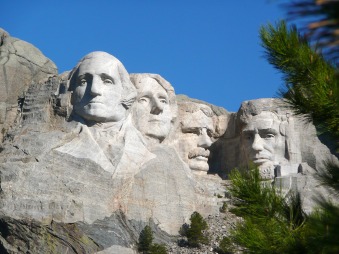 Just How Serious is This Upcoming Election?

First of all, this is NOT an endorsement of any candidate or a prediction of what will happen; it is examining a pattern of history and the present to share a possibility of what could happen.

Something strange is forming in American politics. It is a perfect storm of evil that may permanently change this country. Let’s look at our current political landscape.

The country is more divided than ever. The left-wing groups are able to mobilize and radicalize quickly. Violence is always an option for the left. Many conservatives (especially Christians) have an attitude of apathy towards politics because the candidates for the Republican party are not “pure” enough politically. At the same time, a good number of conservatives have been awaked by the last 7 years of the Obama Administration.

Consider for a moment what is at stake:

1) This is a presidential election year. The terrible republican nomination process may have ended the political career of Marco Rubio and a few other candidates. Even if Trump were to win, the party is damaged long term. The ugly in-fighting has turned many conservatives away from voting in this election altogether.

2) The Senate and House could swing to the Democratic Party this year. The backlash from conservatives and the negative view that many conservatives have of Trump could result in a loss of the Senate and potentially the House. The House is likely to stay in Republican hands, but we cannot guarantee that.

3) The Supreme Court is due to have at least one nominee chosen after the elections after the death of Antonin Scalia. As many as three other seats could be filled as 3 current Supreme Court Justices are over the age of 77. The President recommends nominees and the Senate confirms them.

The Supreme Court nominees are huge as cases on gun rights, abortion, transgender bathroom usage, and other important issues are slated to come up in the next 12-18 months. As it stands now with the Supreme Court being ideologically tied at 4 liberals and 4 (potential) conservatives, all cases that end in a tie will uphold the lower court ruling. In the short term, this could result in opposing rulings in different districts.

If that doesn’t sum up the current political environment, I don’t know what will!

If the conservatives of this nation do not show up to vote, we may have Hillary Clinton as president, a democratic Senate and House, and possibly as many as 6 liberal justices on the Supreme Court. This means that every single case will flow ONE way – away from God.

In closing, I want to review a pattern of history than may play out. Let’s go back to 1992. In 1992, H W Bush was running for re-election against a man named Bill Clinton. HW broke a campaign promise concerning taxes in his first term. Out of a backlash against this, Ross Perot ran as a third party. Here are the end-result numbers: (approximate)

It should be noted that Ross Perot did not win a single state in this election. He was successful at taking votes away from George Bush, who also ran out of the state of Texas. If Ross Perot does not run, the vote looks more like this:

I gave Clinton a few votes because some people who voted for Perot would have voted for him. Nevertheless, we would have had a convincing victory over Bill Clinton. This would have likely changed the political climate from them to now.

Many conservatives don’t like Donald Trump. There are legitimate reasons why. Many are going to push Cruz or another person to run as a third party. At that point, it looks like 1992 all over again.

This year is not just any year for an election. This year may change the face of this country for the next 30 years, should the Lord delay.

Let’s take the example of 1992 and our present political climate very seriously.

This is perhaps the most important election in American History. Christian liberties are at stake. I hope you approach this election season prayerfully and seriously.

2 Responses to Just How Serious is This Upcoming Election?